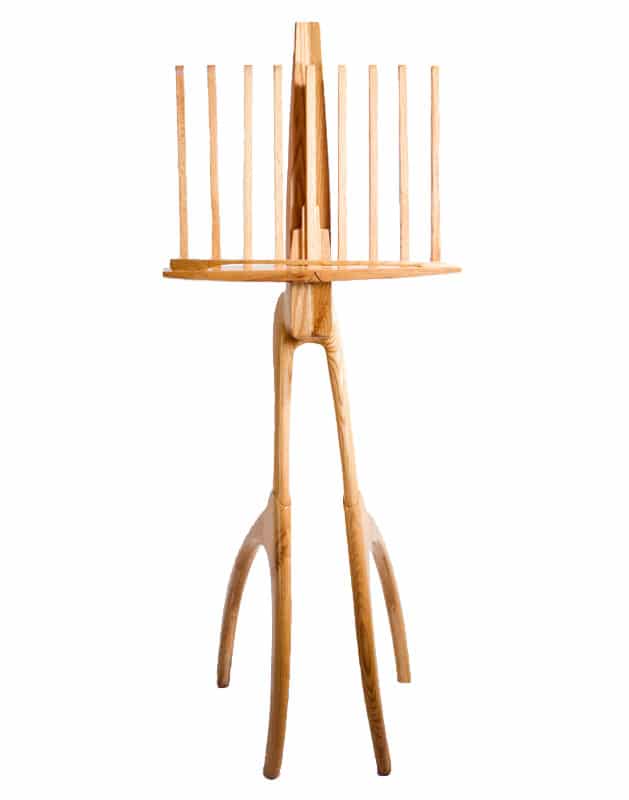 Rescued Red Oak from a fallen tree was traditionally joined, then carved to create this piece. I designed Allegro for an exhibit of my work to be displayed at the state’s Performing Arts Center. To relate my work more to the site I wanted to show at least one piece that had a musical theme. It was a fun object to design so before long I had three designs that I liked and had to decide which one to do.  Allegro’s rhythmic sense of movement compelled me to start working on it as soon as the sketch’s last line was drawn. On performance night the French Philharmonic played and before the performance the conductor was introduced to my work and me. He loved the music stand.

Allegro was recently shown at the newly remodeled state museum’s opening exhibit.  It was the only wood piece displayed. Allegro’s appeal is that it includes many of the senses. Visually, it seems to be moving because the legs look like an animal in motion.  The curves want to be touched and when someone is using it, playing music it is heard.