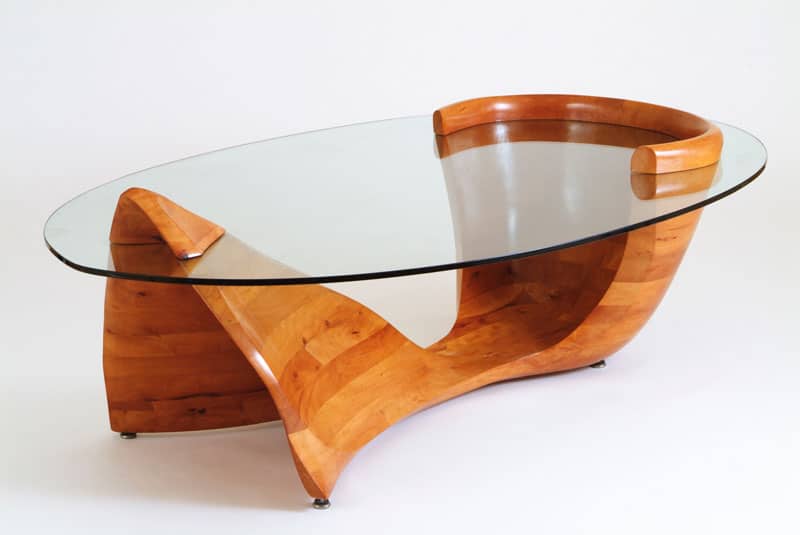 Reclining Figure is a functional sculpture design made from Swiss Pear wood using a traditionally joined and carved technique.

Reclining Figure proved to be a very time consuming project with a number of construction challenges. Each small piece of wood had to have an angle chopped on each end, and then a compound band saw cut was made on both the inside and outside to conform to a pattern that showed the shape of the compound curve.  Gluing each small piece of the stack down and against the adjoining piece without a flat surface to hold a clamp proved to be the crux of the construction challenges. The scraping and sanding to final shape of the inside curve also proved to be time consuming. The table is finished with many coats of Tung oil varnish. In the end the hard work was worth it because the piece was so well received. 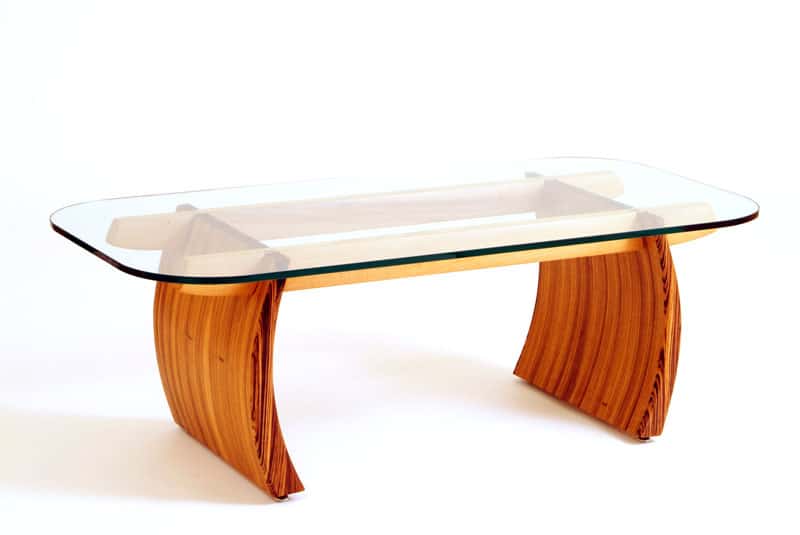 I designed Curvilinear with the idea that a number of wood combinations could be used.  Curly Maple and rescued Zebra wood  present a quiet strength, allowing the natural beauty of the wood to take center Read more… 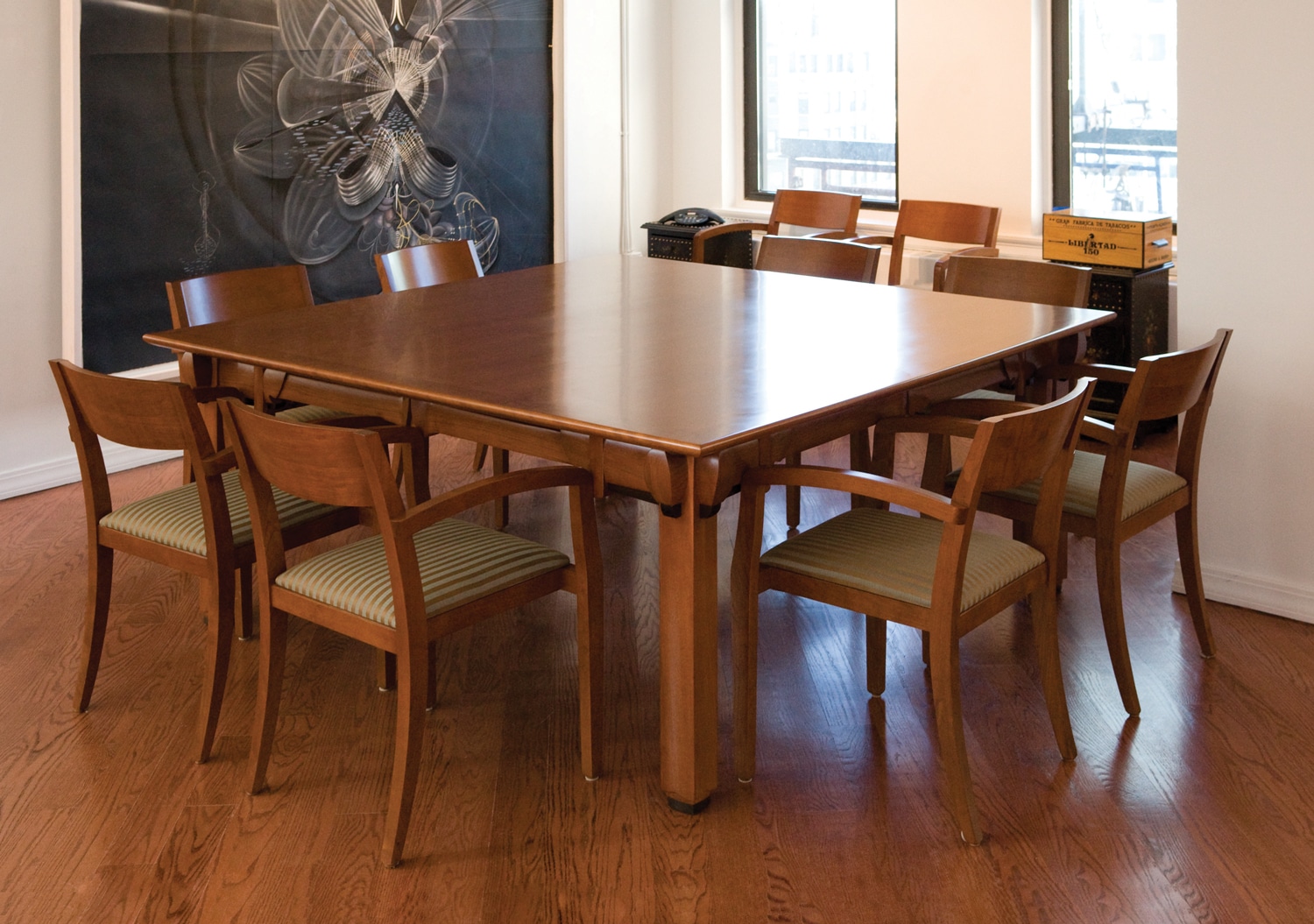 Asian Interpretation Conference Table is made from Shedua, Cherry, and Wenge woods and was originally designed for a CEO’s Manhattan office. The selected woods provide a striking contrast and highlight the detailing on the top Read more… 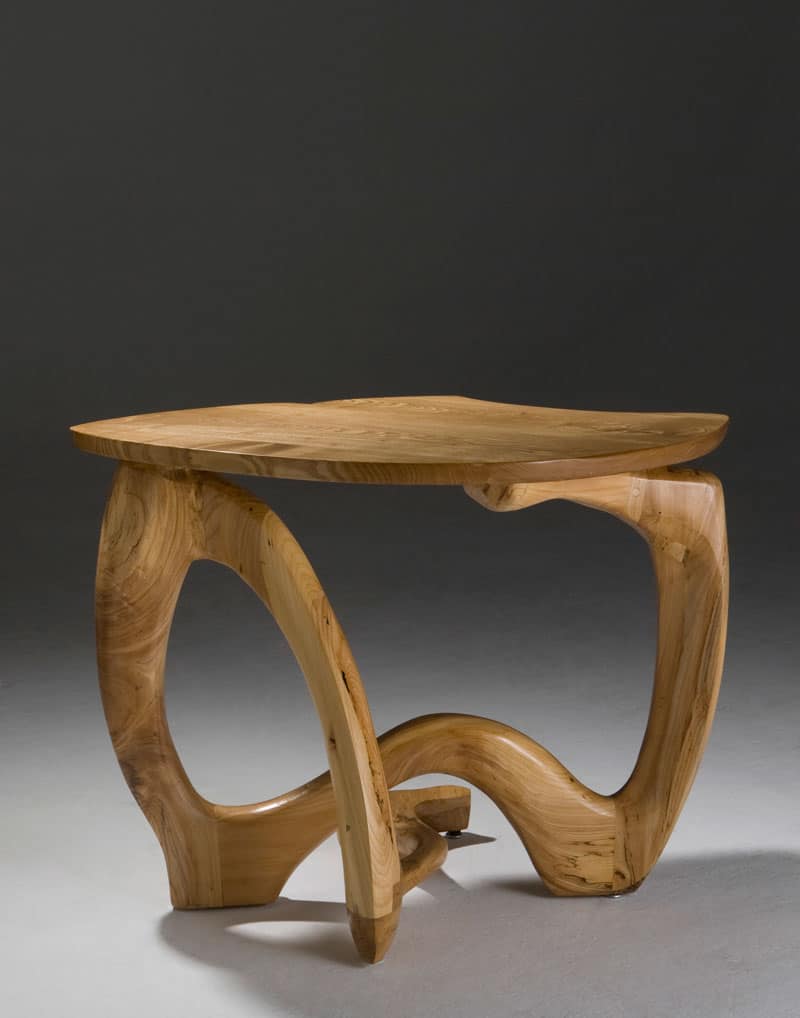 Storm table unites form and function with Northern Catalpa (top) and Ash (base) producing a pleasant working piece of art. I designed the piece to use wood that I had rescued. I chose to use Read more…